Evil Mask Studio
=====
Devil´s Whiskey is a panoramic view of a sordid, sterile and violent border between México and the United States. Is the terror of disapearing from one side of the wall or end up in jail in the other side. It´s a sad drunkness, a joint, a satire and a contradiction between a maniac god and a reasoning devil.

Devil´s Whiskey has a very particular style and self defined as doom blues.
The band emerged in 2010 as a solo project of César “Tarellevil” Tarello, lead Singer and guitarist from the mexican thrash metal act “PIRAÑA”, and rpidly was nourished by the percusion of Fernando “HammerFer” Nieto, also drummer from the same band.
In 2011 it was pressed the first work called “Rattlesnake blues”, an MCD with 6 shots with the participation of Alejandro “Branus” Lozano in the keyboards, Jacobo Córdova (from the monster of mexican doom Majestic Downfall) in the bass guitar, Samuel Olvera and Juan Vargas from Piraña in guitars, Patricia Xochitzin Ordaz and the production asistance of Mr. Paco Lucas and LUNA NEGRA RECORDS. It was the first aproach to Devil´s Whiskey style, combining rock, with some country vibes and blues.

The project was originally meant only for studio and it seemed there was just enough for one record, however, in 2018 after Alejandro Lozano was permanently playing in the keyboards, the band started to compose their first full lenght: “Condemned to live”. A solid work that could conform the doom blues sound of the band with metal, blues, psychodelic rock and country influences, creating without of a doubt the particular style that goves the band it´s own identity.

The above mentioned record was released in 2018 with the mexican label CONCRETO RECORDS and was nominated by Osmium Metal Awards as one of the best rock releases in the same year. The record contains 9 tracks, including the cover of the fampous “Tobbaco road” and an acoustic them from 2013, and the result was so good that the band decided to iniciate regular presentations as a quintet conformed with the arrival of Jorge “Koke” Martínez in the lead guitar and Robert Petriciolet in the bass guitar. After this the band released an MCD called “Behind the hills” that contains a live session of four tracks recorded in 2019 for their presentation in the anual prog and rock in oposition fest of Querétaro city called FESTIVALTERNATIVO 2019. 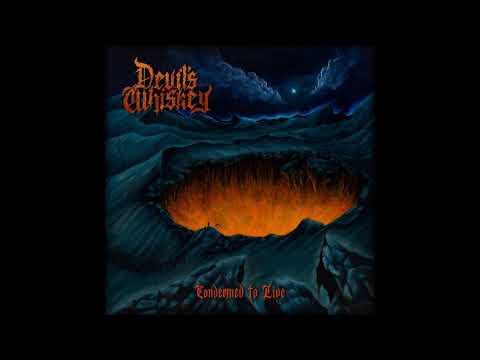